Why CashDoctor.biz is all in on mobile payments 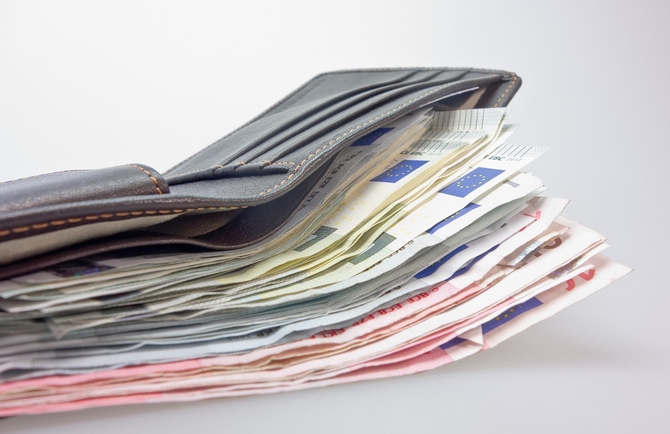 What’s not to like in the image above? A wallet full of money seems perfect in all respects save one: the need to squeeze into your pocket or live with a bulging purse. We won’t even open the security issues attached to this happy wallet. But what if you could have this happy wallet without the drawbacks? The mobile wallet idea is not so new, but only recently smartphone ubiquity made it possible for any business willing to be able to offer their customers the choice of leaving their wallets at home.

The driving force behind these changes is... convenience. According to this post by mobilecommercepress.com, a Retale survey shows that approximately 58% of consumers said that they favor the convenience that mobile commerce offers over more traditional forms of commerce. But more than consumer convenience is at stake: businesses stand to gain significantly from the adoption or even switching entirely to mobile wallets.

Consumers no longer have to deal with cash and change or worry about having enough cash for a purchase–they can use their phone on the go. Not a few commercial enterprises have witnessed sales volumes increase and transactions speed up after offering the possibility of paying via the smartphone.

For instance, Chase has reported that time at the POS is reduced 30 to 40% and an American Express study found contactless transactions to be 63% faster than cash and 53% faster than using a traditional credit card.

Another clear benefit for businesses is the consumer’s tendency to spend more per transaction when they don’t use cash, Chase reporting a 20 to 30% increase over cash purchases.

Finally, it should be obvious that these forms of payments have lower costs, as a result of fewer requirements to handle cash, improved operational efficiencies, and reduced maintenance required by contactless readers. Of course, contactless transactions are a bigger category than smartphone transactions, including a variety of forms–plastic cards, watches, key fobs, documents, and other handheld devices, such as mobile phones. Nevertheless, the same logic holds true for mobile phones as well.

Take a few moments and look over this blogpost; it describes what will be like to be able to fully take advantage of the mobile wallet idea. The reason we recommend it is that it brings home the idea that none of our usual transactions nowadays actually need physical money. Can you identify anything in the daily transactions of Ana (the hypothetical character Danny Fundinger created) that is SciFi? Looking at the image below - provided you live one of big cities - we would even bet on most of them being currently available near you. We are not so far from the moment we will be able to spend a whole without touching money physically.

That is not to say that mobile transactions are widespread. Nonetheless it would be much sooner that you may imagine. While it may be true that less than 15 % of people interviewed in this AYTM Market Research survey report using a mobile payment system, the same survey, for instance, shows that more than half of their participants believed mobile payments would "probably" become widely used in the next five years, and 23 % were certain about widespread adoption of mobile payments.

Perhaps the best way to look at this problem is to plot the rate of growth in mobile payment transaction value. A report published last year by eMarketer did exactly that. In the last three years we see a trend showing an accelerated growth in U.S. proximity payment transaction values: so much so, that by the end of 2015 it is expected to be close to 9 billion dollars. If the prediction is accurate, next year will see a spectacular growth, nearly tripling of this year’s amount of mobile transactions. 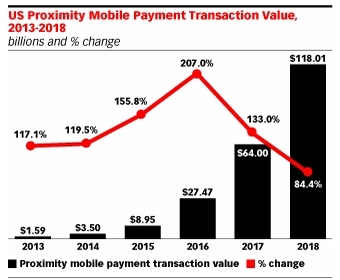 It seems clear to us that businesses that will manage to implement mobile payments will be ahead of their competitors and will win. CashDoctor.biz aims to be an appbuilding platform that allows you to build an app that takes advantage of the convenience offered by mobile transactions. Stay tuned for more!